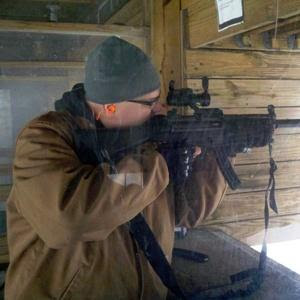 Refer to these news articles: 1,2, 3,4 and 5. I think he should be given a choice to resign. I think he's a good candidate for anger management classes- being he owns firearms (legally). He makes racist and sexist statements. Public servants should be held to a higher standard. When they take an oath of office, they swear to serve the public, not just the ones they are not xenophobic to. I personally would not like working with and for somebody with this kind of behavior. And if I ran my own business-- I would not hire somebody who behaves this way. As a matter of fact, if I were the boss, I would give him a choice to resign or be fired. It is a bad thing that he is in a union. Why? Because members that don't behave like sexists,racists, & xenophobes are having to put up with his acts. It's hard enough trying to get fair wages and it's worse when members act ignorantly. Unless he was undergoing some sort of mental illness or breakdown, I don't think it's unfair to ask him to resign or be fired. Given the fact he has a weapons cache and loves Nazi paraphernalia- I think he should be disarmed. I certainly believe he would hold prejudice in the performance of his duties. Making these tweets were irresponsible and ignorant. 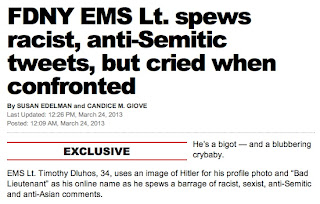 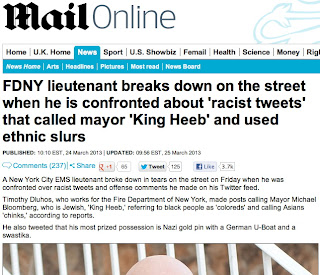 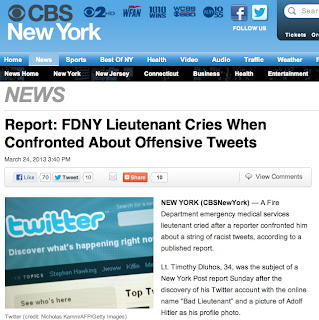 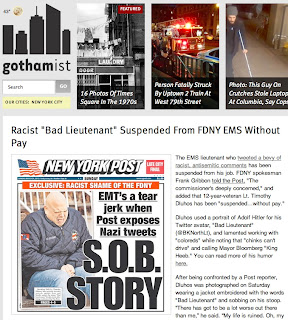 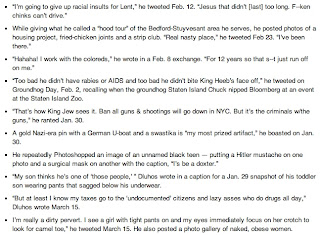 Posted by F Daum at 5:53 PM No comments: Links to this post

via Mark Fiore
Posted by F Daum at 2:16 PM No comments: Links to this post

Posted by F Daum at 10:32 PM No comments: Links to this post