Watch the Video
16 MB 2 min 43 sec "Dark Swirly Thing". One of the reasons I want to upgrade camera and software is sound issues. Right now it's basically hit or miss when capturing sound and video for me. It's ok, almost like first learning how to shoot black and white photo film- lots of personal alchemy. The drawback is relearning what's already known. I'm saving most of my footage, not only this but others. If I don't save the footage, I usually back up the iMovie 4 project or the entire DV file.

Hogg, archived set, downloads.
Posted by F Daum at 12:11 AM No comments: Links to this post 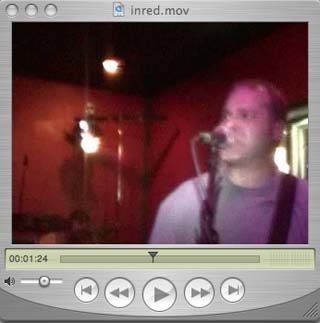 Watch the video
17 MB 3 min Hogg played a gig 5/17/06 in Wallingford, CT. They are playing again on June 2 & 3 in Rhode Island. They have an archived set at Brown Student Radio which is a much better audio recording than my video. Hogg also has streaming music at this page.
Posted by F Daum at 2:07 AM No comments: Links to this post

In theory I can now make a home movie without a computer. The new Apple Store opened in Midtown Manhattan that is open 24 hours a day. There is free wifi. I think I can bring in a flash card, demo a camera on display, and make something in iLife 24 hours a day. I suppose I can come in with my external Firewire drive and see how the MacIntels render movie files for myself at like 1:30 in the morning. Hmmm.
Posted by F Daum at 1:37 PM No comments: Links to this post 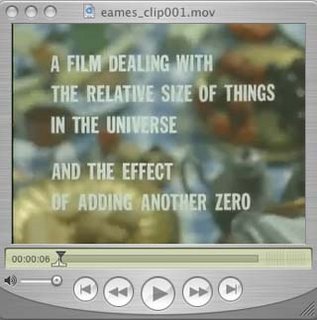 Watch the Video
19 Mb 9 min. Revlog of IBM short film. Some people look out to space and some people look into minute matter. Cosmology gives me grounding. On a side note archaeologists in the Amazon found a stonehenge from 500 to 2,000 years ago. Happy Mother's Day.
Posted by F Daum at 4:02 PM No comments: Links to this post 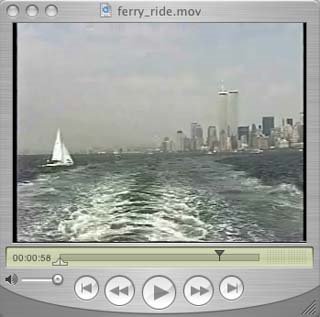 Watch the video
6.5 MB 1 min. Music: "Aybe Sea" by Frank Zappa. I made this in 2003. This was footage when I moved to St. George Staten Island in 1998 . It became my daily commute into Manhattan for the next year. Walking from my apartment to the ferry only took 15 minutes. On any given day I still love taking the Staten Island ferry.
Posted by F Daum at 4:18 AM 5 comments: Links to this post 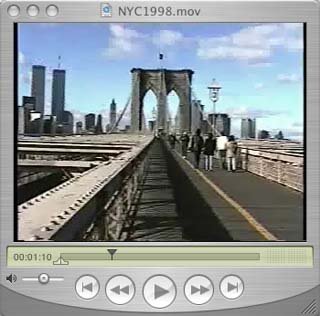 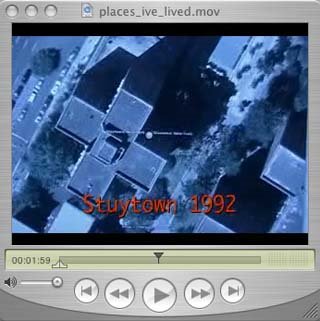 Watch the video
21 MB 4 min. Hopping around ain't that bad. The key thing is timing and mapping. For the most part it's easy, even for unscheduled stops.
Posted by F Daum at 3:06 AM 2 comments: Links to this post 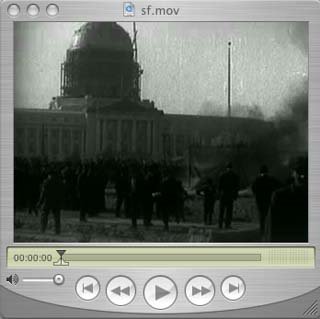 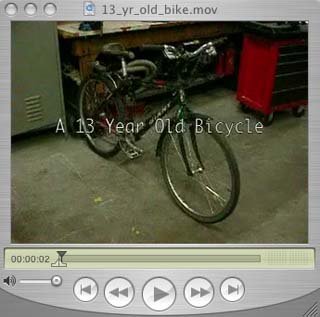 Watch the video
16 MB 3 min. My 13 year old bicycle. It's been to Bavaria, GE, Watertown, NY, Brooklyn, Queens, Staten Island, Purchase, NY and finally back in Manhattan. When it was 8 years old, but new to East Harlem, its rear tire got slashed. Since then the handlebars and stem were stolen once. The levers were stolen twice. The rebuilt wheel in the back was stolen once, despite the hose clamped quick release levers. The aluminum seatpost has welded itself to the steel frame. This is a junker, a beater bike, something you're not afraid to leave anywhere. Mechanically everything is ok.

I was looking at CF card sound recording when I remembered a Linux project for the iPod. I'm trying this on a 3G 10 GB iPod. I hooked up an Azden ECZ-990 Zoom mic (an inexpensive consumer camcorder mic) to the 1/8" headphone jack after installing Linux on the iPod. The recording works on the mic in selection.

Recording quality is from 8 mhz all the way up to 96 mhz. CD quality I think is 44.1 mhz so I'm really looking forward to record with it. The controls on the iPod Linux are pretty easy, it is after all still an Apple. The recordings are in .wav format. When the iPod is mounted on the desktop, it's pretty easy to just drag/copy the file.

The best CF card audio recorder I saw was around $400 bucks and the audio quality was only up to 44 mhz, 60 minutes on a 1 GB CF card. The Linux iPod delivers 8 mhz to 96 mhz audio quality. Whatever your OS X or Windows doesn't occupy on your iPod, the Linux will automagically use for its own. I have 5.5 GB's on the Apple iTunes boot side and 3 GB's on the Linux partition for just recording sound. I hope this works- I'm giving it a shot on my next vlogpost.

I've been vlogging live bands and found out my camcorders' sound limitation. I also found out about limitations on light sensitivity. When I moved into the crowd, my DV camera lost focus tracking and the PCM mic took about 30 secs to readadjust itself. It was raining out so I'm ok with 40% of the footage I captured.
Posted by F Daum at 12:35 AM No comments: Links to this post

10 MB 2 min. Eating less meat will lower your intake of saturated fats and cholesterol. Instead of a meat sauce I used a black bean tomato sauce mixture. The whole wheat pasta, tomatoes, and beans were organic. Peta.org is not a bad place to get vegetarian recipes from. Personally I use Recipes For A Small Planet. I'm not vegan, I just try to eat less meat.
Music:"Warning"- Black Sabbath
Posted by F Daum at 11:13 PM 2 comments: Links to this post